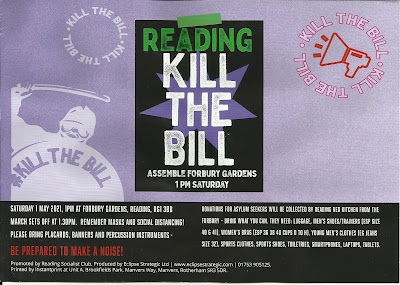 On 1 May 2021, Reading Trades Union Council assembled in numbers to join other local activist groups, including Reading Socialist Club, to say - Kill the Bill! The protest, which commenced at the Forbury Gardens at 13:00, presented a coalition of opposition to the Police, Crime Sentencing and Courts Bill which is being debated in parliament, where the Labour Party lead the opposition. 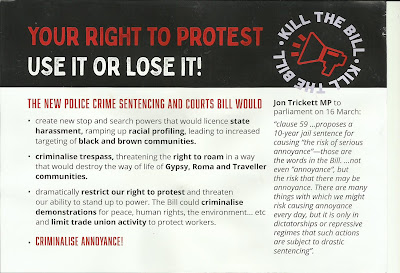 If passed into law, the Tories' draconian bill will: 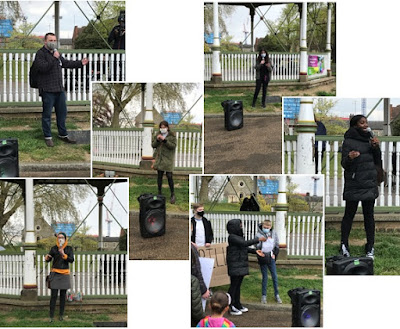 Following a march of around 100 people, which went from the Forbury, down Friar Street and up Broad Street before returning to the Gardens, a number of speakers raised ire at the implications of the bill, including RTUC's own John Partington (TSSA), who reminded those assembled of historic trade union struggles for the right to picket, from the Shrewsbury 24 and the Orgreave miners to Berkshire's own current Marley Tiles dispute.
RTUC's Helen Caney (GMB) also spoke, introducing Robb Johnson's 'Kill the Bill' protest song. 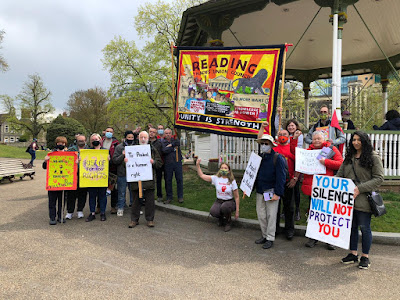 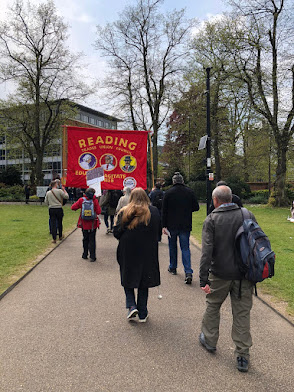 The march commenced at 13:30, occupying the public highway for half its length, the RTUC banner displayed in its magnificent splendour, carried by John Partington and its designer, Nick Hatton (UCU). 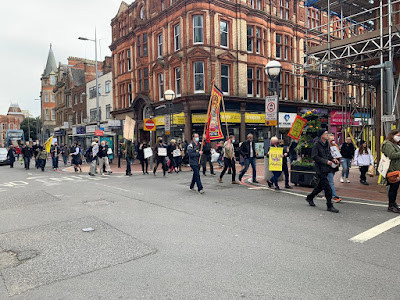 The event concluded by 15:00, the case for freedom of assembly strongly presented. As proceedings in parliament advance, the Tories can expect continued opposition to the bill, until its illiberal clauses are relegated to the dustbin of history. 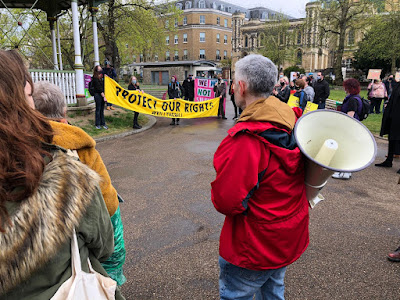