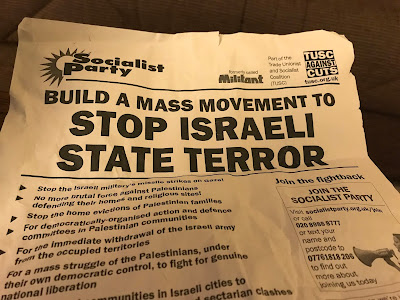 In Reading at 15:00 on 16 May 2021, there was an extraordinarily massive turnout for the pro-Palestine solidarity march and rally - one of dozens of such events throughout the country over the weekend. Organised by the Reading Muslim Council, Reading Trades Union Council members James Denny (RMT), John Gillman (Unite), Keith Jerrome (Unite), John Oversby (UCU), Ray Parkes (Unite), John Partington (TSSA), Chris Reilly (RMT) and Tanya Wills (Unite) joined around a thousand people in the pouring rain to marched from Town Hall Square, down Friar Street. West Street and Broad Street before rallying to listened to speeches from Cllr Nada al-Sanjari (Labour Party), a speaker from Kairos Reading and RTUC's Vice Chair, Tanya Wills.
In attacks by Israeli military forces, at least 174 Palestinians have been killed in Gaza, with more than 1,200 injured. Eight Israelis have been killed as the Palestinians fight back to defend themselves from drones, missiles and other sophisticated weapons strikes. 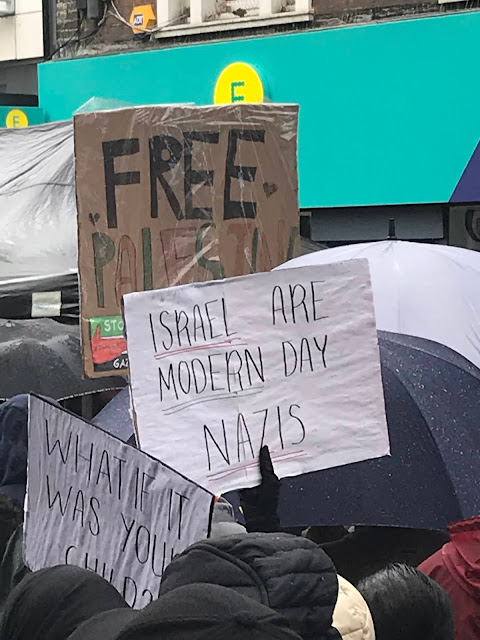 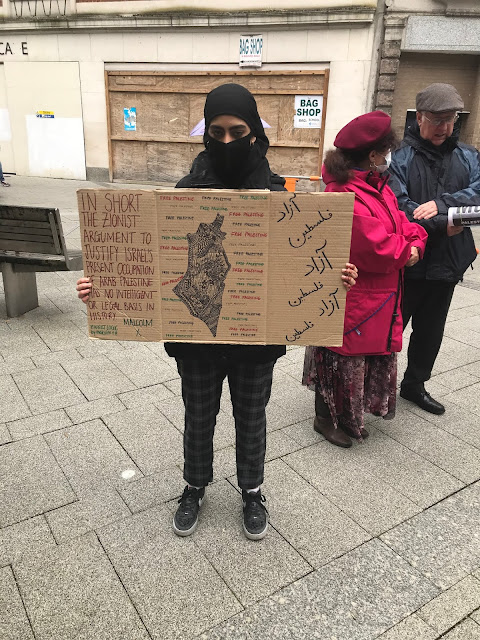 On the event Facebook page, entitled 'March for Solidarity with Palestine', the organisers wrote:

Please join us on Sunday, 16th May, at 3pm at Reading Town Hall to mark our solidarity with the Palestinians.
Our message is clear:
*We are deeply shocked, appalled and hurt by the violent desecration of Al Aqsa Mosque by the Israeli police and army.
*We deplore the attacks against worshippers during Ramadhan at Al Aqsa and Sheikh Jarrah.
*We demand an end of the forcible removal of Palestinians from their homes and their lands.
*We condemn Israel’s violation of UN Resolution 194 on the Right Of Return for refugees.
*We condemn the continued brutality towards the Palestinians.
*We call on our government to intervene to protect the rights of Palestinians in line with international law. 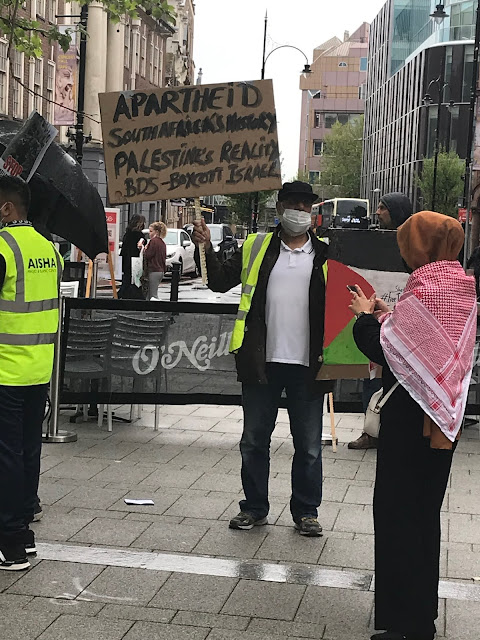 The message was signed by: 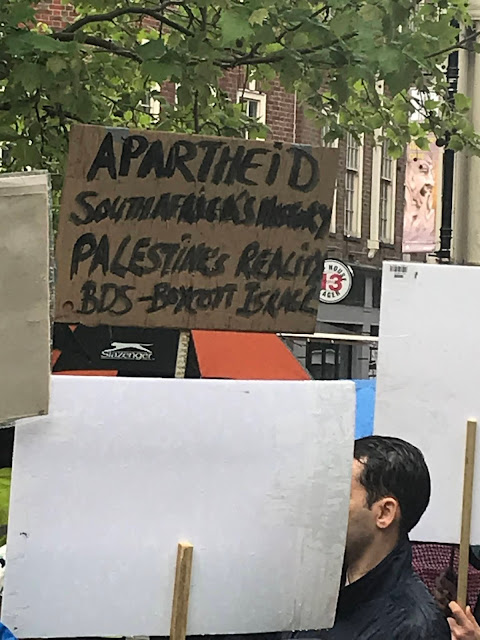 Reading Trades Union Council was proud to stand in solidarity with the organisers in their protest against Israeli human rights breaches and breaches of international law. The following photos demonstrate the variety of peaceful anger on display by the citizens of Reading. 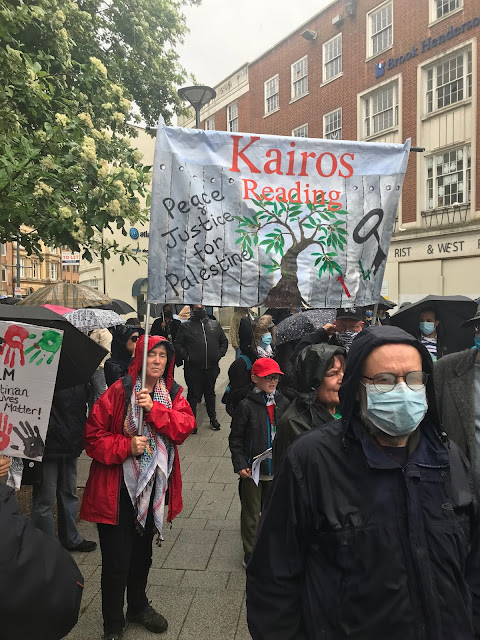 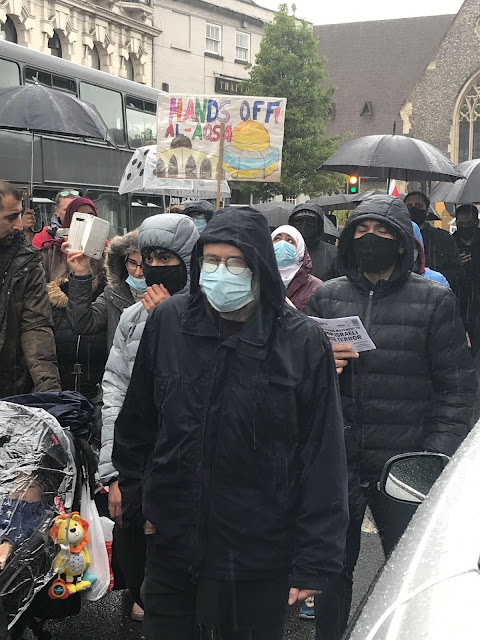 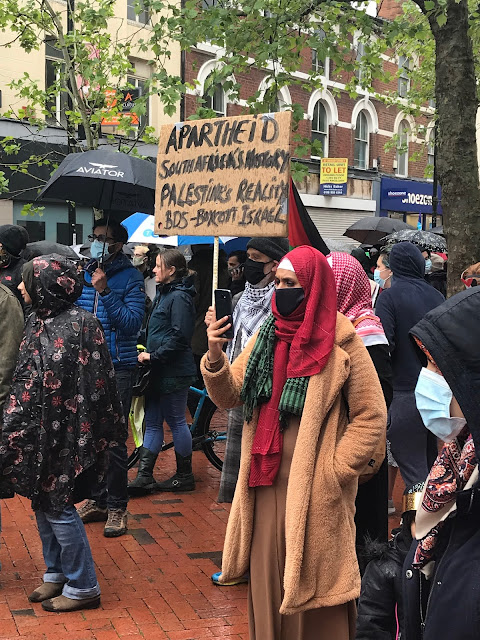 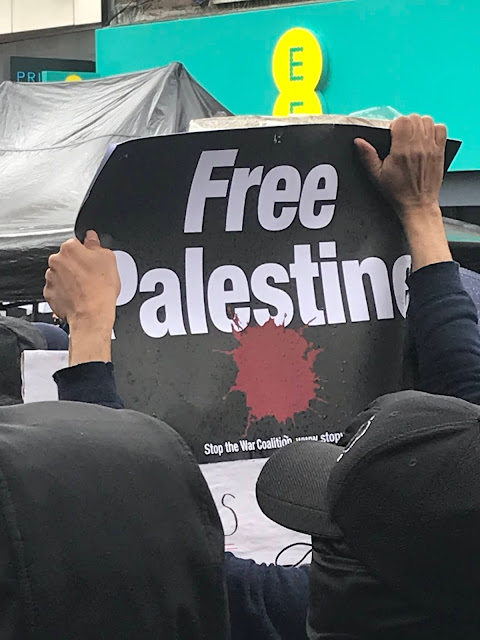